The Pearce Furniture store was founded in 1881 by Joseph Pearce on the corner of Main and Fourth Streets in Lake Linden. The store offered the services of an undertaker and had caskets available for “wakes” at the home of the deceased. The original furniture store burned to the ground in the great Lake Linden fire of 1887. The new store was built in the same location shortly after the fire and would eventually become the home office for a small chain of Pearce Stores that were located in the Michigan mining boom towns of Marquette, Houghton, Ironwood, Calumet, and Bessemer.

In the 1890s, Joseph Pearce opened the first Pearce Funeral Home on Fourth Street in Lake Linden. In 1954 the new and modern Pearce Funeral Home building was built on the site of the original funeral home and was dedicated to serve the people of the communities of Lake Linden, Hubbell, Tamarack City, Bootjack, Gay, Jacobsville, Calumet, Laurium, and the entire Copper Country.

The Pearce Funeral Home has been serving families in the area continuously since the 1890s. In more recent years, the funeral home was operated by Frank Cuff until 2001 when Frank sold the funeral home to Copper Country native and licensed funeral director, Jeffrey Dennis.

Keep up to date with the Pearce Funeral Home by liking us on Facebook! 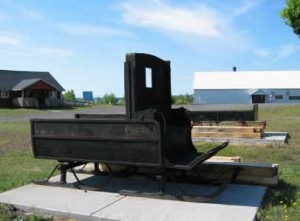