Read more about the life story of William G "Billy" and share your memory.

Lake Linden: As I sit here at your little kitchen table, I can’t seem to find the words to describe the loss we feel at your passing.  You were one of the good guys.  William G “Bill” Kallio, of Lake Linden, passed away peacefully at his apartment, surrounded by love on November 17, 2022, and we lost the heart and soul of our family.  Nobody could turn a phrase, tell a story or give a bear hug like Billy G.  His passing from small cell lung cancer happened so swiftly that our heads are still spinning, and the hole he leaves behind us is immense, especially for his grandkids. His cheeky grin will be forever imprinted on our hearts and we know that he is still out there and up to his old mischief.

Bill was born on January 27, 1954 to Bernard and Irene (Perkins) Kallio in Marquette, MI.  However, his spiritual birth was on Feb. 21, 1990.  Bill gave thanks on that day for 32 years of sobriety of which he was very proud and humble.  He gave full credit for his continued recovery to the Big Guy in the sky.

He graduated from Lake Linden-Hubbell High School in 1972, and then attended Michigan Technological University for two years, majoring in biology.  Billy joined the U.S. Army in 1974 and was stationed in Bamberg, Germany, where he was a field wireman in the 1st Battalion and 75th Field Artillery.  He attained the rank of SP4 which was the highest rank one could reach in two years.  He was honorably discharged in October, 1976 and was awarded the Army Good Conduct Medal.

In the spring of 1977, Bill began his career as an insurance agent working in his parent’s agency, and was licensed in all lines of insurance.  He purchased the agency in 1991 upon his parent’s retirement.  Bill was a successful, compassionate, and generous businessman who was well liked and respected in the community.  He gave of his time freely and enjoyed sharing a joke or story with everyone.  He was a member of the First Apostolic Lutheran Church of Calumet, MI.

Bill was united in marriage to Lynda Gregoire on October 10, 1980 and their daughter Kassy was born on December 10, 1981,  Although they parted ways, they remained friends for life.  His love for his three grandchildren, Hayley, Abigail and William, was unsurpassed.  He loved pranking them and never missed any of their sports activities.  He was so much more than a grandfather in their lives.  He was Poppop.  He enjoyed golf, softball, riding his hammerhead Harley, attending MTU sports, bowling, scuba diving, sky diving, listening to the oldies, and sharing his hilarious memories of growing up.  One of his favorite sayings was: “Growing old is inevitable, growing up is optional” in his heart he was still sixteen and that is how he chose to live his life.

He was predeceased by his parents Bernie and Irene Kallio, two brothers-in-law John Vary and Juan Herakovic, maternal and paternal grandparents.

A very heartfelt thank you to Barb Battersby, Nicky Outinen, Dr. Tom McConnon and his Portage Hospice nurse Sonia for their love, support, and kindness.  We ask that all who knew Bill, pay it forward to someone in need as he did.

A celebration of life will be held on June 17, 2023 with further details to follow.

The Pearce Funeral Home in Lake Linden is assisting the family.  Online condolences may be left at pearcefuneralhome.com

To send flowers to the family or plant a tree in memory of William G "Billy" Kallio, please visit our floral store. 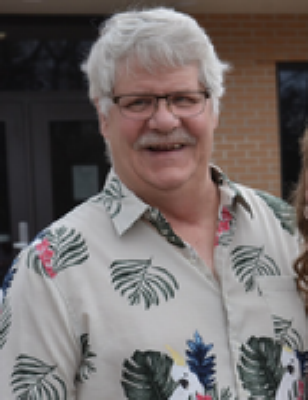 
Family and friends are coming together online to create a special keepsake. Every memory left on the online obituary will be automatically included in the book.